Given the right of our people to practice all forms of national struggle against the Israeli occupation, we, the undersigned, assert our unwavering commitment to the call of Palestinian civil society for the Boycott, Divestment, and Sanctions against Israel (BDS) [1], issued in 2005, until it complies with its obligations under international law and recognizes the Palestinian people’s inalienable right to self-determination by:

We also reiterate our opposition to all forms of normalization with Israel and its institutions according to the definition of normalization[2] approved by the vast majority of the Palestinian Civil Society in the first BDS National Conference in 2007, taking the lead from the criteria set by the BDS National Committee (BNC) which constitutes the largest coalition of Palestinian civil society sectors. We, in the General Federation of Palestinian Trade Unions and Workers Unions, underline the importance of boycotting the Histadrut [3] because of its blatant complicity in Israel’s policies including occupation, settlement building, Apartheid, and hijacking of Palestinian workers’ rights. We also commit to boycott any other Israeli institution that does not recognize our inalienable rights under international law.

We salute and appreciate the many Trade Unions and Federations in the world who heed the call of BDS and would like to reiterate our call on all comrades and activists for freedom and justice in unions and federations all over the world to boycott Israel because of its racist, settler-colonial regime. We believe that boycotting Israeli occupation and its institutions is the most effective act of solidarity with our people’s struggle for freedom, justice, and equality, and for holding Israel accountable for its repeated crimes. Israel’s last onslaught on the Gaza strip in the summer of 2014 , has led to the brutal death of 2140 Palestinians, and the injury of more than 12000. This , in addition to the vast destruction of houses, factories and farms, and the continuing impediments on the reconstruction of Gaza, and the ongoing 7 year unjust siege on our people

15 – General Union of Workers in Banks, Insurance and financial Works. 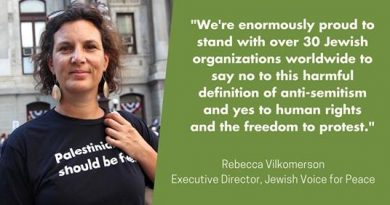