A new generation of Palestinians is marching on the footsteps of previous generations, rising up against Israel’s brutal, decades-old system of occupation, settler colonialism and apartheid. Tens of thousands of Palestinians have joined demonstrations taking place in dozens of cities across historic Palestine and in refugee camps in neighbouring Arab countries.

The ongoing, youth-led Palestinian uprising is a response to Israel’s intensifying ethnic cleansing and oppression of Palestinians, especially in occupied Jerusalem. In recent months, Israel has sped up its theft of Palestinian land and demolition of Palestinians homes, stepped up its racist attacks on the Al-Aqsa mosque compound, tightened the siege on Gaza and implemented new racist measures against Palestinian citizens of Israel.

Israel and its fundamentalist settler terror groups are savagely attacking Palestinian protests, executing Palestinian children and youth in the street and have left more than 1,000 with life-changing injuries.

An effective international response is urgently needed to pressure governments, institutions and corporations to end their role in Israel’s crimes.

The Palestinian BDS National Committee (BNC), which leads the global BDS movement, is a broad coalition of Palestinian unions and organisations, many of which are involved in popular resistance. The BNC is calling for a wave of action this weekend in solidarity with the Palestinian struggle starting this weekend, October 16-18.

Let’s take international solidarity with the Palestinian popular resistance to the next level through Boycott, Divestment and Sanctions (BDS):

Are you organising a protest in your town or city? Let us know about what you’re planning by filling out this form. We’ll be posting the details of all of the actions taking place across the world on this website at bdsmovement.net/solidarity-wave. 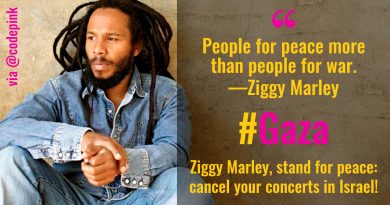