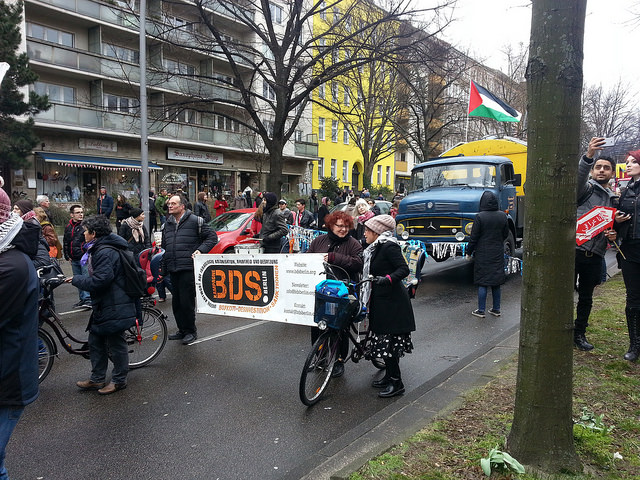 BDS Berlin auf der Demo ‘My right is your right’ Carnival Al-Lajíin_Al-Lajiáat am 20. März 2016 in Berlin. 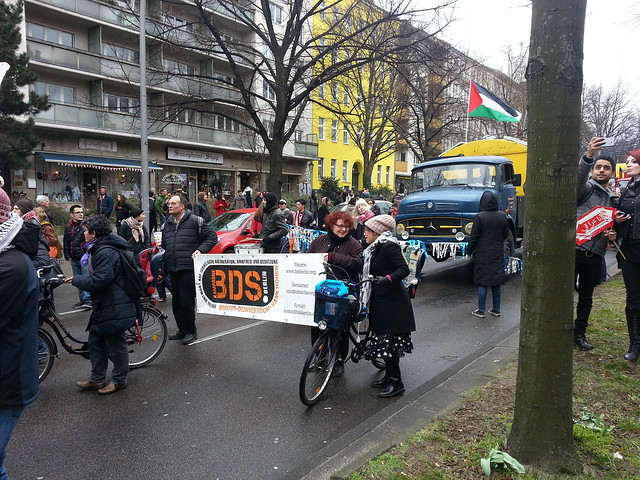 “I am happy and proud to have the opportunity to stand here and speak on behalf of BDS Berlin.

As you may guess, I’m neither a Palestinian refugee nor a refugee at all.

Still I address you as an activist of the BDS campaign – Boycott, Divestment & Sanctions against Israeli apartheid & for Palestinan rights – among others the right of return of the Palestinian refugees.

So why do I speak here and for BDS Berlin, although I enjoy all the rights Palestinians have been deprived of, namely Palestinian refugees, their children and grandchildren?

There is more than one reason:

All over the world those who are involved in struggles for equality proclaim: We are Palestinians!

Why? – It’s obvious: Palestinians who for so many years have refused to give in and give up their rights, don’t just defend specific or tribal interests. They stand up for justice everywhere. So if you had to leave your countries where life in dignity was impossible – don’t give up here in Germany or Europe – your struggle is our struggle. You lead us and show us not to give up in the face of power and violence.

Let me give you just one example of how BDS works and how the campaign targets agents of oppression.

From the US to Palestine, from South Africa to the UK, the British company G4S, selling security equipments all over the word is deeply involved in

– racist incarceration business in the US, Palestine and elsewhere

– racist population control and restriction of movement in Palestine and elsewhere

– and of course in making European borders ever less permeable – another racist project.

The world wide BDS campaign against G4S has succeeded recently: G4S had to pull out from their Israeli business. But of course we, BDS, remain determined to work closely with partners to hold G4S to account for its participation in human rights abuses – wherever they occur.

BDS means joint struggle for justice and equality – in Palestine and everywhere! Our rights are your rights!” 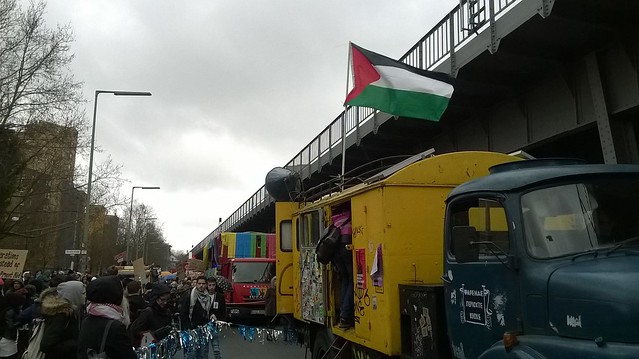 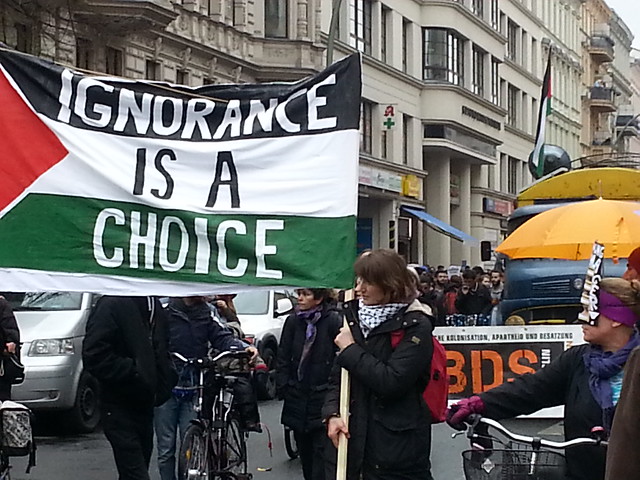 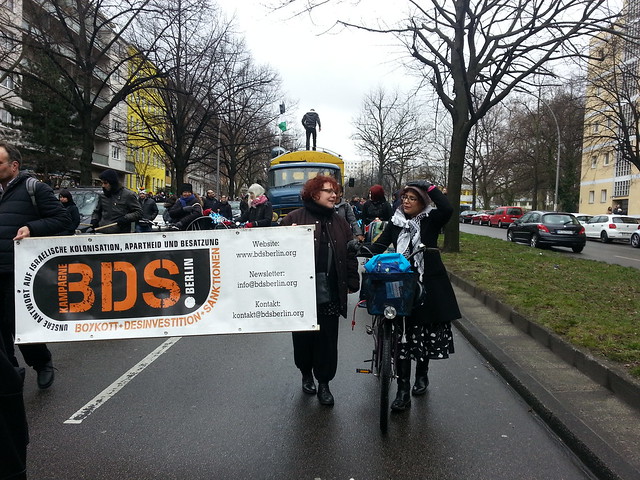 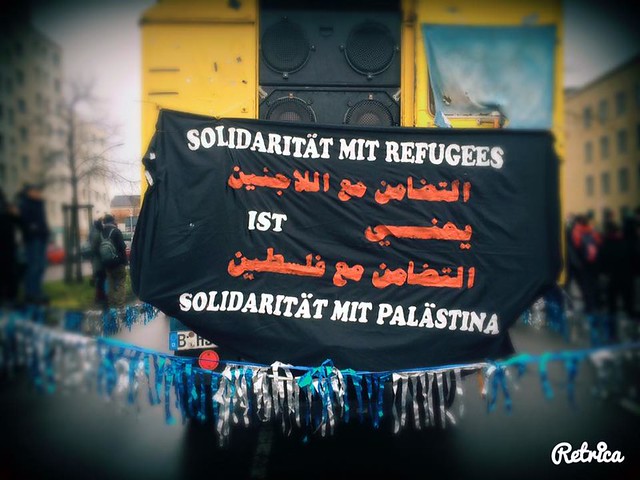 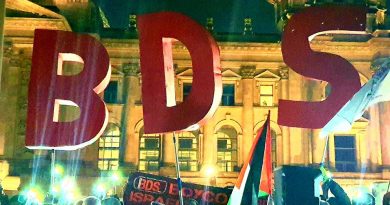 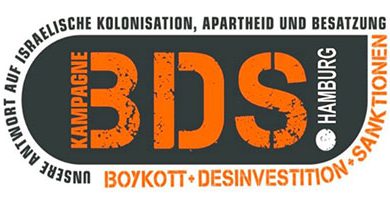