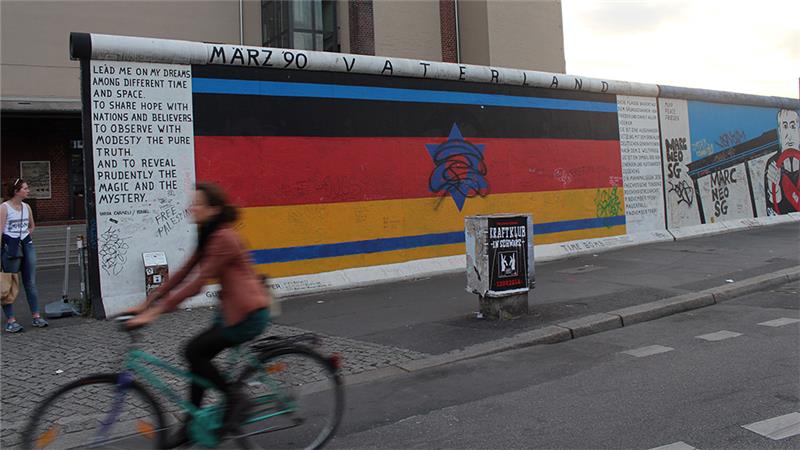 BDS supporters in Berlin say Germans fear criticising Israel and being perceived as anti-Semitic due to legacy of WWII. By Yermi Brenner, Multimedia Journalist 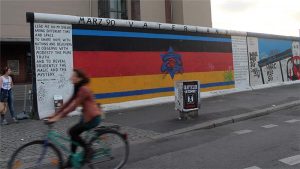 Berlin, Germany – When Sophia Deeg, a supporter of the Boycott, Divestment, and Sanctions (BDS) movement, was protesting on the streets of Berlin in support of the Palestinian cause, one passer-by spat in her face. Others shouted,”How can you do this?” and accused her of being an anti-Semite.

“Of course I’m not an anti-Semite, and anti-Semitism cannot be read out of anything I ever wrote or said,” Deeg, a 63-year-old journalist and translator, told Al Jazeera. “On the contrary, I feel hurt and attacked myself whenever I hear someone utter something racist or anti-Semitic.”

Deeg is undeterred. She continues to attend BDS protests, to publish articles promoting the BDS agenda, and to boycott products that have “anything to do with the occupation or that in any way contribute to the systematic inequality in Israel and the occupied territories”.

But the movement Deeg supports – which has been gaining support in the United States and in Italy, and stirring public debate in the United Kingdom, Canada and other countries – is comparatively quiet in Germany.

It has some supporters on the very left of the German political spectrum but not many more, according to Carsten Koschmieder, a political scientist at Freie University Berlin.

“The BDS movement has not – or not yet – achieved [recognition] as legitimate protest,” Koschmieder explained. “As long as they are not seen as a legitimate movement but as connected to anti-Semitism, they cannot achieve anything in the public sphere in Germany.”

Anti-Semitism is taboo in Germany because of the country’s history, explained Peter Ullrich, a sociologist at Technische University Berlin.

Ullrich, who has written extensively (PDF) about anti-Semitism in Germany, said that being labelled an anti-Semite could damage a person’s reputation and opportunities. “It is a strong accusation indeed, one of the strongest,” he said.

The cofounder of the BDS Berlin branch, Doris Ghannam, is very familiar with the German resistance to a boycott of Israeli products.

Ghannam boycotts products from companies that profit from what she calls the “Israeli policy of colonisation, apartheid and occupation”. She believes in the BDS movement because, she said: “It has consistently adopted a rights-based approach and an anti-racist platform that rejects all forms of racism, including anti-Muslim racism and anti-Semitism.”

Ghannam fears that the German government might try to criminalise support of BDS, following similar attempts recently in the United Kingdom, France and Canada.

She became concerned after Israel’s Public Security Minister, Gilad Erdan, told the Jerusalem Post on April 4: “We have been working extensively over the past half year to increase awareness among decision-makers in Europe and North America of the anti-Semitic, anti-democratic, and discriminatory nature of the BDS movement. This awareness is growing, and is increasingly being translated into counter-BDS legislation, legal rulings against BDS activities, and decisions by Western institutions to end their financial relationships with BDS organisations.”

On March 3, the German government stated  – in a response to an inquiry by the Greens party – the BDS movement is not classified as anti-Semitic. But a recent pro-BDS lecture that was due to take place on the campus of Ruhr University Bochum, was cancelled because the school “in principle, refuses to host any kind of boycott or any kind of call for boycott against people, groups, states,” spokesman Jens Wylkop told Al Jazeera.

Wylkop added that Ruhr University would host “a critical, controversial discussion about the situation in the West Bank”.

According to Ghannam, earlier this month, a bank account in her name and used by the Berlin BDS group to raise donations for their work was terminated, for no apparent reason. The account was at a branch of DAB Bank.

In response to Al Jazeera’s request for comment, DAB Bank’s spokesman Jurgen Eikenbusch said the bank does not publish any information on individual customer accounts, but that there is no special policy regarding the BDS movement.

Ghannam admits that despite the efforts of BDS Berlin, and other initiatives throughout Germany, there is still little awareness of the movement among the German public.

On April 13, when Ghannam hosted an event in Berlin’s Kruetzberg district, a hub for leftist political activism, featuring Palestinian activist Iyad Burnat – who came to Germany to promote the global BDS campaign – less than a dozen people showed up.

“Mainstream Germans have to understand that the non-violent, Palestinian-led BDS movement is an answer to the failure of the international community, which ignores Israel’s violation of international law and human rights,” Ghannam said.

The accusation that the BDS movement is anti-Semitic is completely unfounded, according to Ghannam, but Josef Schuster, the president of the Central Council of Jews in Germany, thinks differently.

Schuster claims that the movement does serve an anti-Semitic sentiment and is an attempt to isolate Israel and the Jewish people.

“The BDS movement is a dangerous initiative whose sole purpose is the defamation and the de-legitimisation of the state of Israel. People should not let themselves be blinded by the pretended humanitarian goal of ‘helping the Palestinian people’,” Schuster said. “Everybody who has learned the lessons from the past should fight this outrageous trend.”

Deeg, the BDS activist, sees no contradiction between the historical lessons of the Holocaust and criticising Israel.

She believes that those Germans, in particular, who feel a sense of responsibility over their nation’s recent history should express their concern about human rights violations or violations of international law, including those committed by Israel.

“If this really upsets you what happened here [during the Second World War], than you absolutely have to be for human rights for everybody,” she said.

Deeg is upset by comparisons between the BDS movement and boycotts against Jews in the Nazi period. She explained that BDS is not state-imposed as the Nazi boycotts were.

Instead, she said, it is a boycott by oppressed people against state oppression – just like in South Africa two and a half decades ago. She feels the views of her fellow Germans are blurred by the guilt they feel about the Holocaust, and believes that this stops them from criticising Israel.

Ullrich, the sociologist, said that in Germany, BDS is still, for the most part, simply unknown.

But he does see growing criticism towards Israeli policies.

“Many people are very critical, some even quite hostile towards Israel. And they are not becoming fewer,” said Ullrich. “So there is a sentiment pool potentially supportive of BDS.”

However, Ullrich emphasised, strong popular support for the BDS movement in Germany is unlikely as long as the political discourse is so cautious regarding Israel. 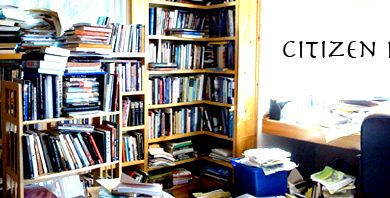