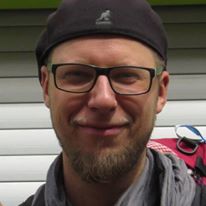 OLDENBURG/ 16 June 2016 – On 14 June 2016 the Regional Court Oldenburg ordered Sara Rihl, local SPD politician and student member of the senate of the university of Oldenburg, not to repeat her statements relating to Christoph Glanz. Rihl had played a leading role in the prevention of an event scheduled by the Palestinian BDS campaign.

The lecture titled “BDS – the Palestinian Human Rights Campaign Introduces Itself” was to be held by the Oldenburg teacher and activist Christoph Glanz. Rihl had demanded the organiser – the Evangelische Studierenden Gemeinde (ESG) – to cancel the talk, and referred to the speaker as a “known anti-Semite” working for an “anti-Semitic organisation” in this connection. As a result, the ESG actually cancelled the planned event.

Glanz now successfully defended himself against this public assault. “We are happy to see that the local court has the defendant in her barriers and that she may not repeat those absurd statements if she doesn´t want to face severe penalties”, he commented. “We know the strategies of the Israel supporters who -lacking arguments- frequently use indimidation and slander including the antisemitism accusation to stop events such as the ones planned in Oldenburg. We are proceeding on the assumption that this court sentence will set a positive precedent for our movement and intend to reinforce our commitment to the just cause of the Palestinians even further.”

In 2005, Palestinian civil society called all people of the world including Israelis for active solidarity. After decades of suppression, displacement and occupation this call proclaimed a strategy that had already proven successful in the struggle against apartheid in South Africa. BDS calls for boycott, divestment and sanctions against the State of Israel until it fully accords Palestinians their rights as established in the Universal Declaration of Human Rights, dozens of UN resolutions and the Geneva Conventions.

These activities already made for a number of major successes in the past. At the same time, the State of Israel also intensifies its efforts to contain BDS and to drive it into illegality, in some cases successfully. Recently, however, more than 350 European human rights organisations, trade unions, churches, and political parties requested the EU to uphold the right to boycott. “What is remarkable is that some of these organisations do not even actively practise BDS themselves”, Christoph Glanz comments. “Their chief concern is their fundamental right as European citizens to act at their own political and moral discretion. This also includes a public debate which should not be characterised by fear and repression but by better arguments. Why don‘t our opponents face public discussion? All of our attempts to this end have come to nothing.”

Another talk on the same subject to be held by the Israeli Ronnie Barkan in the Oldenburg public venue PFL was also cancelled… In this matter as well court proceedings are pending.

These incidents drew attention nationally and internationally. For example, Rolf Verleger weighed into the discussion and demanded the realisation of the event. Rolf Verleger is a former member of the Central Council of Jews in Germany. A group of Israelis promoting BDS also solidarised with Christoph Glanz and criticised the mentioned incidents as attacks against the freedom of expression:

“In a city which fought hard to get its university called after Carl von Ossietzky- the journalist and resistance fighter against the Nazis who was so well known for his sharp mind and pointed pen- we would expect to see a lively public debate, rather than silencing.“

Riya Hassan, the European coordinator of the BNC (the Palestinian “BDS National Committee”), evaluates the situation as follows: “This ruling is a serious blow to Israel’s war of repression against the BDS movement. The German government must now join the Swedish, Irish and Dutch governments in making clear that BDS is a legitimate movement that should be protected as a form of free speech.”

Hassan further stated: “Rather than seeking to repress BDS activism and free speech, Germans who are genuinely concerned with peace and justice the in the Middle East should work to end German military aid to Israel, which is a form of material support for its ongoing oppression of Palestinians.”

BDS Oldenburg, Germany represented by Christoph Glanz, can be contacted via BDSOldenburg2016@gmail.com. 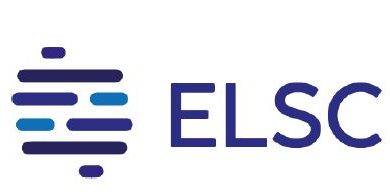