Hello Blixa and Teho,
We are writing with regard to your show in Tel Aviv scheduled for the 15th of September.

Perhaps you are not fully aware of the call (1) from Palestinian civil society for a cultural boycott of Israel, similar to the famous boycott against apartheid South Africa in the 1980s.

The call to boycott Israel until it complies with international law and universal principles of human rights was first made in 2005, by over 170 (now over 200) Palestinian civil society groups. The boycott is a non-violent tactic against oppressive state power. It would be extremely disappointing if artists of your stature chose to break this call for solidarity with the Palestinian people, particularly at a time when Israel is escalating its daily attacks on them.

Israel regularly commits numerous violations (2) of international law in occupied Palestinian territories, among them: land theft and annexation; military control over the civilian population; stealing of natural resources such as natural gas, stone and water; punitive demolition of houses; continuous expansion of settlements; mass arbitrary arrest and torture, including of children; and restrictions on freedom of movement. In addition, there are, of course, countless onslaughts on the West Bank and Gaza. This violence is overwhelmingly asymmetrical. (3)

In the 2014 attack on Gaza over 2,200 Palestinians, most of them civilians, and over 550 of them children, were killed (4) by Israeli bombing. Over 11,200 Palestinians were injured including over 3,400 children. 18,000 homes were damaged or completely destroyed. More than 70 medical facilities were damaged or completely destroyed. All this violence was carried out against people living in already desperate conditions, indeed, prior to that attack the UN released a report that Gaza would become unlivable by 2020 unless the siege was lifted.

Culture isn’t created in a vacuum, but is both the product and the mirror of our reality. We are all responsible for and to one another. The Israeli Foreign Ministry stated (5) in 2005 that “We are seeing culture as a hasbara (propaganda) tool of the first rank, and I do not differentiate between hasbara and culture”. The reality is, that whether they wish it or not, Israel utilizes artists playing in Israel as part of this ‘culture washing’ of its crimes against the Palestinian people.

Einstürzende Neubauten deservedly earned respect, as well as a place in cultural history by inventing, constructing and deconstructing their own instruments in a defiant show of creativity. We wonder if Blixa and Teho Teardo wish to be deconstructed by the state of Israel and reconstructed as instruments of its “Brand Israel“ propaganda campaign?

There are further letters to Blixa Bargeld and Teho Teardo from 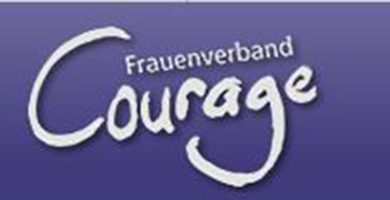