Finally, I was allowed to access my email account after 12 days of being banned from doing so during the most intense phase of the ongoing interrogation I am subjected to by the Israeli authorities.

The BNC statement on this issue accurately sums up this latest chapter in the Israeli regime’s war on the BDS movement.

Due to a gag order, I am not allowed to delve into any facts about the case. I am thus denied the ability to even refute the vicious lies published by Israel’s regime against me. I am in no hurry to do so, though, as their main objective — attempting to tarnish my reputation and, by extension, hurting the BDS movement — has clearly failed.

Their campaign of repression has, to an extent, backfired. By preventing me from travelling to the US to receive the Gandhi Peace Award, jointly with Ralph Nader, Israel’s regime has inadvertently increased the publicity around this award.

Before anything else, I read the many moving messages of solidarity that many of you have sent, and this gave me even more strength and hope to resist the McCarthyite witch hunt against me. I deeply appreciate your letters and the sincere sentiments of support that they convey. I am so grateful to everyone who wrote an article and every organization that issued a petition in this respect.

Nothing empowers human rights defenders facing political persecution like the warm feeling that there is a whole community of activists and people of conscience standing with them and carrying on the struggle no matter what.

For more than a year now my colleagues in the BDS movement and I have been warning about the “tarnishing unit” established by the Israeli Ministry of Strategic Affairs as a key organ in fighting BDS. As I have personally written and argued many times, this devious unit’s key function is summed up in “digging up dirt” against human rights defenders and networks associated with the BDS movement and if no dirt is found in fabricating it.

McCarthy would be proud of his loyal heirs in Israel’s regime of oppression and repression.

Many of you have asked how best you can support me to face this latest persecution. My answer is, without hesitation … more BDS!

We need to expand, mainstream and build on our many inspiring BDS campaigns, academic, cultural and economic, as the most effective way to respond to the new McCarthyism designed by Israel’s regime of occupation, settler-colonialism and apartheid and exported to states where its lobby groups enjoy massive influence.

Further growing our movement for freedom, justice and equality is the answer.

Highlighting and popularizing the recent, unprecedented verdict by a UN body that Israel is guilty of apartheid — the second most serious crime against humanity in international law — is the answer.

Countering their racism, hate, “black lists” and ugly colonial repression with our inclusiveness, categorical rejection of all forms of racism, and our boundless passion for freedom and justice is the answer.

Further strengthening our principled intersectional alliances with movements for indigenous, racial, economic, social, gender, climate and other forms of justice is our loudest response to their xenophobic, far-right, fascist-leaning agenda and their draconian laws.

As they desperately attempt to sow fear and despair, to chill our free speech, to tarnish our records, and to bully us into silence, we nourish our well-founded hope with generous doses of effective, strategic, morally-consistent campaigns for justice and equality and insist on our right to freely express ourselves and to defend our rights.

As humans, we need permission from no one to pursue our inherent rights. As human rights defenders, no degree of intimidation and bullying can deter us in our passionate, nonviolent resistance to injustice, inequality and colonial slavery.

Alone, we fail. Together, we prevail.

The latest savage, even irrational, attacks on our movement indicate, more than anything else, that we are indeed prevailing.

In gratitude and hope,
Omar 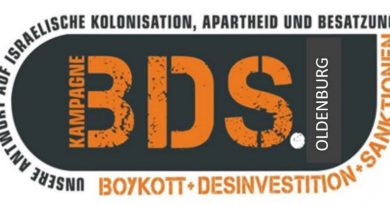 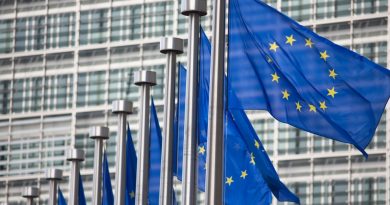 No TTIP, no silencing support for Palestinian rights