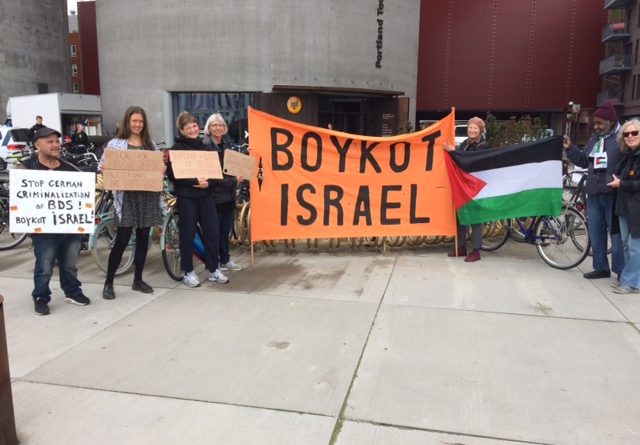 To the German Embassy in Denmark

Boycott of Israel is not anti-Semitism

The Boykot Israel Campaign hereby pronounces its sharp criticism of the anti-BDS resolution passed by the German Bundestag (Parliament) on May 17. In the resolution the BDS is falsely accused of anti-Semitism. But the BDS is not based on religion or ethnicity or fighting against the Jews. The BDS is an anti-racist organization campaigning against the crimes of the Israeli apartheid-state. 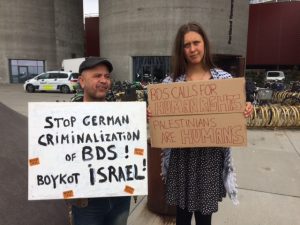 By passing the anti-BDS resolution the German state unequivocally places itself on the Israeli side and supports Israel’s more and more desperate struggle against the hastily growing BDS-movement. By the anti-BDS resolution the German state not only violates BDS’ freedom of speech, but at the same time makes itself an accomplice to decades of Israeli crimes against the Palestinians: Ethnic cleansing, massacres, demolition of houses, extension of the illegal settlements, killings of hundreds of  unarmed demonstrators in Gaza etc. 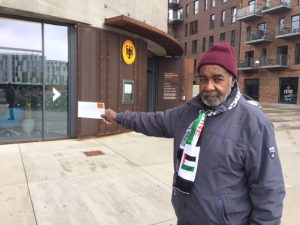 The more the BDS is attacked by Israel and its allies,  the more justice-loving people all over the world will support the rights of the Palestinian people and back up the BDS – such as we do in Boykot Israel in Denmark.

We agree with the words of the Israeli journalist Gideon Levy:

“Germany, Shame on you and your anti-BDS resolution!”

Copy: The media,  the political parties in the Danish Parliament, Amnesty International. The Palestine Network. 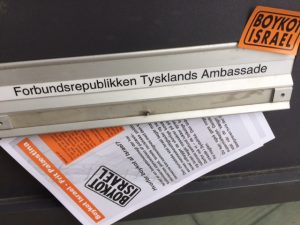 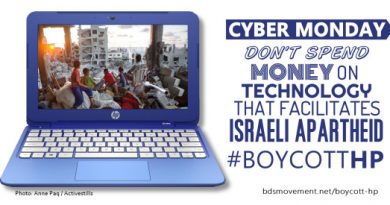