As members of the organization Jewish Voice for a Just Peace in the Middle East, which is active in Germany for the rights of Palestinians and Israelis to live in peace, justice and equality, we are writing to you concerning your participation in Open Source Festival, set to take place in Düsseldorf on July 13th of this year.

Following pressure from a German right wing group, Open Source Festival demanded the rapper Talib Kweli, who was booked for the Festival, deny supporting the Palestinian-led Boycott, Divestment and Sanctions (BDS) movement. The BDS movement  aims to put an end to the Israeli regime’s brutal oppression of Palestinian people, like was done in order to put an end to apartheid in South Africa. Talib Kweli responded firmly in a Facebook post and rejected their attempt to police artistic expression and the right to free speech. The Open Source Festival then cancelled him.

The decision to punish an artist or a group and exclude him or her or them from a program for nothing more than openly declaring their commitment to a human rights campaign is a worrisome attack on free speech and artistic expression. Especially in such dire times such as these, when hatred, racism and violent calls to exclude people from public discourse are on the rise almost everywhere–not least in Germany–it is even more shameful to see the organizers of Open Source Festival repress and punish an artist’s anti-racist commitment to freedom, justice and equality.

This decision to exclude Talib Kweli sends a chilling message to supporters of human rights for all, including for Palestinians. This moment calls for the defence of diversity of artistic expressions, for amplifying the voices of people of conscience and of repressed minorities.

We thereby urge you to withdraw from Open Source Festival in solidarity with Talib Kweli and in support of Palestinian human rights, unless the festival retracts the cancellation and publicly apologises. We are approaching other acts in the festival, hoping that enough artists and bands withdraw to pressure the festival to reverse their blatant, repressive measures to silence free speech.

Chairwoman, on behalf of Jewish Voice for a Just Peace in the Middle East, Germany 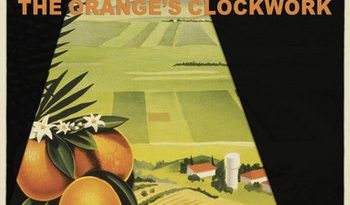