On 17 December 2011, Palestinians gathered in the city of Hebron in the occupied West Bank for the Third National Boycott, Divestment and Sanctions (BDS) Conference. The event took place against the backdrop of continuous Israeli violations of Palestinian rights, and a growing resistance against injustice worldwide as demonstrated by the Arab revolutions and the occupy movements. Just minutes away from the conference venue, 500 Jewish settlers live under escort of the Israeli military in a colonial enclave in the middle of old Hebron, terrorizing local Palestinian residents on a daily basis, with the stated intent of driving them from their homes. Hebron is also an important commercial center in Palestine, and thus was a fitting venue to hold the national BDS conference, after it was held in Nablus and Ramallah in previous years.

The day started early with about 500 Palestinians from all corners of the West Bank, as well as 48 Palestinians representing a diverse sector of civil society including trade unions, student and women groups, academics, cultural workers and NGOs, all uniting under the banner of BDS.

There was also a visible international presence as well as that of Israeli partners who have responded to the 2005 BDS call. Notable was the absence of representation from Gaza, under an Israeli imposed siege, and refugees outside historic Palestinian, although their contribution to the movement was acknowledged.

The conference was an opportunity to take stock of the movement’s achievements worldwide, and to develop strategies to face the challenges ahead. The BDS movement witnessed impressive growth in 2011. Achievements include the withdrawal of German company Deutsche Bahn from construction of the A1 train line connecting Jerusalem to Tel Aviv; the forced closure of settlement company Ahava’s London flagship store and the loss of a $10 bn contract by French company Alstom in Saudi Arabia as a result of its role in the construction of the illegal Jerusalem Light Rail in occupied Jerusalem. 2011 was also the year when Israel’s foremost agricultural export company and a major BDS target – Agrexco – went bankrupt thanks in part to a sustained Europe-wide campaign.

The movement has now visibly spread beyond its traditional base of Palestine solidarity groups. The call for a military embargo of Israel received an enthusiastic response in Brazil and South Korea while in Australia, a nationwide debate involving government politicians and national media outlets ensued following the adoption of the movement’s principles by Marrickville Council in Sydney. A number of well-known artists have cancelled their scheduled performances in Israeli venues following appeals from BDS activists. Over a hundred Swiss artists vowed to boycott performances in Israel. Similarly, over 200 Swedish academics pledged to implement an academic boycott of Israel. The campaign for the academic and cultural boycott of Israel (ACBI) has undoubtedly been one of the most visible, and successful campaigns this past year.

Governments and corporations are yet to end complicity with Israel’s policies of occupation, colonization and apartheid, as is clear from Israel’s continued violations of international law. Nevertheless, the costs for Israel are now undeniable, as BDS is proving to be the most effective tool to challenge Israel’s impunity. Governments and corporations can now expect strong and principled opposition from a truly global movement. Israel and its supporters in turn have recognized BDS as a â€œstrategic threatâ€ that could become an â€œexistential threatâ€, yet unable to mount effective opposition to the movement.

The opening session of the conference covered these exciting developments. Dr. Wael Abu Yousef, representing the Coalition of National and Islamic forces, said that despite internal political divisions between the political parties, BDS is an unshakable point of consensus among them. Omar Barghouti, a founding member of the BDS movement, emphasized that while the movement is inspired by the South African anti-apartheid struggle and other struggles for national liberation around the world, it is foremost a Palestinian movement, rooted in decades of nonviolent popular resistance to Zionism.

Michael Deas, the BNC coordinator in Europe, and Adam Horowitz, co-editor of popular blog Mondoweiss, spoke in the first panel about developments of the campaign in Europe and the US. There was much interest in the numerous successes the BDS movement has achieved, in addition to an element of surprise about the movement’s wide reach and successes. Questions asked by the audience reflected these sentiments. There was consensus amongst participants that these victories should be widely publicized as to promote awareness amongst Palestinian civil society about the strength and victories of the BDS movement.

Palestinian economist Ibrahim Shikaki provided a detailed critique of the current state of the Palestinian economy, dangerously developing to become subjugated to Israel in the long-term. He warned against attempts to replace a national resistance discourse with that of economic development.

In his analysis of Israeli dominance of the Palestinian consumer market, Salah Haniyyeh of the Economic Monitor noted that the Palestinian Authority lacks procurement legislation within its own government institutions to favor Palestinian and Arab products over Israeli ones. He also lamented the perception of Israeli products as being superior to Palestinian ones, calling on organized efforts to promote local produce. Hanniyeh considered shortsighted the idea that the economic boycott of Israel should be halted for the risk it could pose to livelihoods of some families and instead emphasized the need for proactive strategies to protect workers while forwarding the national cause. Omar Assaf, representative of the Palestinian Trade Union Coalition for BDS (PTUC–BDS), in turn condemned the existing Oslo framework as a major obstacle for social justice as it served to legitimize Israel’s security aspirations and economic dominance. The establishment in 2011 of PTUC–BDS represents a positive development in the consolidation of the workers’ efforts to isolate Israel, Assaf stated.

The hall awakened during the Q & A session with loud cheers in support of a number of enthusiastic interventions. There were suggestions for the development of a united front against normalization. Some expressed unhappiness about the role of foreign donors in turning Palestinians into consumers instead of promoting true economic independence. The loudest cheers however were reserved for the urgent need to bring the struggle back to the people, BDS being one such avenue, contrasting it to the role of the peace process in removing Palestinian popular agency.

Following lunch, participants split into groups for workshops on aspects of BDS relevant to the local context (students and youth, women’s organizations, civil society institutions, formal labor, and popular committees against the wall and settlements and international work). Each session agreed recommendations that were then presented to the conference at the end. Recommendations varied from strengthening the culture of boycott through awareness raising campaigns to developing mechanisms to actively oppose all levels of normalization.

It was evident throughout the day that there is huge enthusiasm and energy among all those attending to contribute more actively to the global BDS movement, and activate the boycott within their respective organizations and institutions.

This entry was posted in News and tagged PTUC–BDS. Bookmark the permalink. 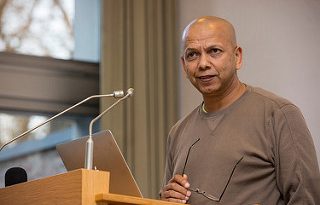