In commemoration of the International Workers’ Day, the Palestinian trade union movement holds its first BDS conference and announces the formation of the:

The global trade union movement has always played a key and inspiring role in its courageous commitment to human rights and adoption of concrete, ground-breaking, labor-led sanctions against oppressive regimes in a show of solidarity with oppressed peoples around the world. The trade union boycott of apartheid South Africa stands out as a bright example of this tradition of effective solidarity. Trade unions today are taking the lead in defending the Palestinian people’s right to self-determination, justice, freedom, equality and the right of return of our refugees as stipulated in United Nations General Assembly Resolution 194. Many of them have heeded the call from Palestinian civil society, and its labor movement in particular, to adopt BDS as the most effective form of solidarity with the Palestinians in our struggle to end Israeli occupation and apartheid.

Ending Israel’s multi-tiered system of oppression against the Palestinian people ‘comprising occupation, colonialism and apartheid’ has become a test for humanity. For decades, Israel has enjoyed impunity while continuing its gradual ethnic cleansing of Palestinians, particularly in occupied East Jerusalem, the Jordan Valley and the Naqab (Negev) desert; its 44-year-old occupation; its theft of land and natural resources; its colonization and construction of illegal colonial settlements and walls, its siege of Gaza; its relentless denial of refugee rights; its endless wars of aggressions and incarceration of political prisoners; and its wanton killings of civilians and demolition of infrastructure. Israel’s systematic destruction of the Palestinian economy, expropriation of the most fertile agricultural land, as well as humiliation of and racist discrimination against Palestinian workers have all become part of its apartheid reality that should never be tolerated by the world today.

The support of the entirety of the Palestinian trade union movement for a full boycott of Israel,1 as the most effective form of solidarity with the Palestinian people, was the overarching message of this historic gathering.

The Conference was honored to welcome JoÃ¢o Felicio, International Relations Secretary of CUT, the Brazilian trade union representing more than 20 million workers, who expressed solidarity with the Palestinian people and their legitimate rights, and reiterated CUT’s endorsement of BDS. The conference received numerous messages of solidarity from a large number of trade union federations, including the International Federation of Arab Trade Unions, COSATU (South Africa), ICTU (Ireland), and a large number of individual trade unions in Canada, Scotland, Italy, France, Spain, Turkey, Australia, USA and other countries. All major Palestinian political parties also enthusiastically supported the conference and the formation of PTUC–BDS.

The Conference decisively condemned the Histadrut and called on international trade unions to sever all links with it due to its historic and current complicity in Israel’s violations of international law and Palestinian rights. The Histadrut has always played a key role in perpetuating Israel’s occupation, colonization and system of racial discrimination by:

1. Publicly supporting Israel’s violations of the Fourth Geneva Convention and other tenets of international law

3. Allowing Jewish settlers in the occupied West Bank to join the organization3

4. Supporting Israel’s war of aggression on besieged Gaza in 2008/9;4 it has later justified Israel’s massacre of humanitarian relief workers and activists aboard the Freedom Flotilla on 31 May 20105

5. Illegally withholding over NIS 8.3 billion (approximately $2.43bn) over decades of occupation from wages earned by Palestinian workers from the Occupied Palestinian Territory,6 deducted for ‘social and other trade union benefits’ that Palestinian laborers from the OPT have never received.

Recalling the trade union maxim ‘an injury to one is an injury to all’, and given the global trade union movement’s historic role in effective international solidarity with oppressed peoples around the world, PTUC–BDS:

Such non-violent measures of accountability must continue until Israel fulfils its obligations under international law in acknowledging the Palestinian people’s inalienable right to self-determination, and fully complies with international law by:

1 Despite rumors to the contrary, PGFTU’s recently issued statement explicitly calls for a full boycott of Israel and of all its institutions that are complicit in the occupation: http://www.bdsmovement.net/2011/pgftu-clarrification-6559 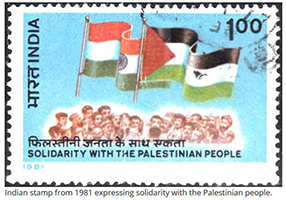