The Palestinian Students’ Campaign for the Academic Boycott of Israel (PSCABI) is aggrieved to hear that you are going to perform in Apartheid Israel. We are writing to you from the Besieged Gaza Strip to express what your decision to perform in Israel means to us Palestinians, the victims of the most powerful army in the Middle East.

You might not be aware of the ethnic cleansing that the Israeli regime has been carrying out against us for the past 68 years. We have been violently expelled from our land and have been suffering from the 10 years long brutal and medieval siege imposed on us by air, land and sea. The renowned Israeli historian, Ilan Pappé, called it an “incremental genocide“.

You must be aware that we are still recovering from the Israeli massacre of 2014 when the Israeli F16s, Merkhava Tanks, Elbit Drones and Gunships, which permanently dominate our skies and horizons, murdered over 550 of our children in 50 days. Over 2200 people were killed, 10000 injured and the siege that continued afterwards meant that many needlessly lost their lives since then from injuries and illness.

Most of us in Gaza, one of the most crowded places on the planet, are deprived of our freedom of movement; we are not allowed to cross the borders. Simply, we are imprisoned in our own lands. At the same time, within Israel’s borders, Israeli Jews have the right to live where they please whereas Palestinians do not have that choice of mobility due to segregation and exclusion of property rights. Doesn’t that remind you of Apartheid?

Even music has not been an option for many, as musical instruments are one of the many items banned by the Israeli blockade. You might understand what a blockade means to us when a guitar or a violin was for years considered a banned item for Gaza.

In the West Bank itself, as Israel chews up more land, they build the Apartheid Wall right through our villages, more than 500 Israeli checkpoints protect illegally built Israeli settlements on the ruins of our houses, bulldozed or blown up to clear what they consider the undesired “ethnic group” for the Israeli expansionist project. There are even over 50 laws that discriminate against Palestinian citizens. After decades of fruitless negotiation during which Israel accelerated the colonization of our land, we have called for the boycott of the Israeli regime until our refugees can go home, until the military occupation ends, until we Palestinians get equal rights, equal liberty and equal justice – hardly utopian demands.[1]

Many courageous artists, musicians, actors and writers across the world have refused to entertain apartheid such as The Klaxons and Gorillaz, Elvis Costello, Moddi, Annie Lennox, John Berger, Adrienne Rich, Massive Attack, Faithless, Gill Scot-Heron, Devendra Banart, Moddi, Mike Leigh, Ken Loach, Meg Ryan, Arundati Roy, and around 564 Irish artists[2] and 100 Norwegian academics and intellectuals, in addition to the South African Artists Against Apartheid[3]. Therefore, your performance in Tel Aviv will by contrast be legitimizing Israel’s constant and systematic tyranny towards the Palestinian people. In the same way governments supported the Afrikaner regime, this movement for justice had to begin with civil society and people of conscience.[4] [5]

We are asking you to not side with the oppressor by performing in Tel Aviv 15th September. Don’t let your music normalize the racist brutality and the ethnic cleansing Palestinians suffer from day in day out under the control of the Israeli Apartheid regime. Instead, let your music stand on the right side of history. If you do so, you will look back with a clean conscience when the day arrives that we Palestinians are granted the same human rights as anyone else.

The Palestinian Students’ Campaign for the Academic Boycott of Israel 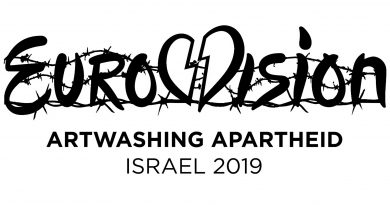 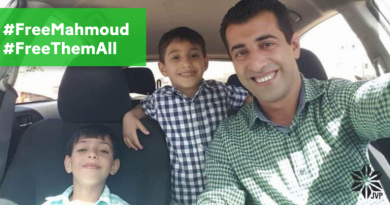