BDS Berlin as part of an international law based global campaign to enforce the rights of the Palestinian people is deeply concerned to learn that you are scheduled to participate in the Red Sea Summer Jazz Festival to be held in Eliat between August 23rd and 26th, 2015 [1].

In addition, Idan Raichel, who you are jointly performing with has publicly endorsed torture [4] and explicitly describes his role as an artist in terms of uncritical support for the Israeli military and government. He wrote in the Jerusalem Post in June 2014 that “In creating this musical project we feel as if we are cultural ambassadors for Israel.” [5] He added, “When I look back over the past few years, I see an Israel I am happy with.” [6]

Idan Raichel has strong ties to the Israeli military. In his endorsement of the right-wing US organization Thank Israeli Soldiers [7], he said that supporting “Israeli soldiers is a fulfillment of the Jewish ideal.” Raichel performed for the Israeli army before [8] during [9], and after [10] its August 2014 assault on Gaza, which killed over 2100 Palestinians, including 500 children [11]. Israel’s 51-day long assault annihilated entire families in their homes [12].

Performing in Israel at this time means performing in a country that is deeply involved in war crimes and human rights violations.

Instead, we urge you to honor the 2004 Palestinian call appealed to international artists to refuse to perform in Israel or participate in events that serve to equate the occupier and the occupied [13] and to support the struggle for freedom, justice and equality.

We hope very much that you will be among international artists from Roger Waters, Elvis Costello, Sting, the late Gil Scott Heron, Snoop Dog, Carlos Santana, Coldplay, Lenny Kravitz, Cassandra Wilson, Cat Power, Lauryn Hill and Faithless, among others, who have all cancelled their performances in Israel.

We urge you not to associate Malian Music Culture of which you are a vivid part with­­ Israel’s regime of occupation, colonialism and apartheid [14] by cancelling your participation in the Red Sea Summer Jazz Festival. 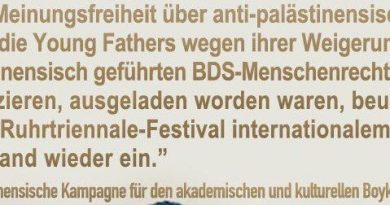 „… walls of separation all over the world – all of which we can do without!!!!“ 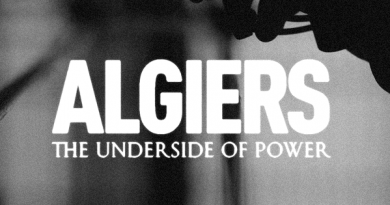