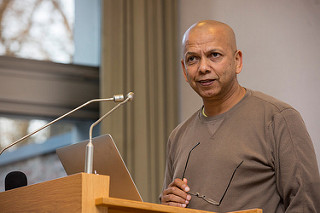 Allegations against me of anti-Semitism have once again arisen – this time in Germany – and under the same circumstances as two years ago, when some individuals tried to prevent universities in France from hosting me. I am currently slated to speak in Berlin, Freiburg, Bonn and Hamburg.

The accusations are largely directed against the international BDS movement – and more specifically against BDS South Africa (BDS SA) – as the nature of the accusations makes it clear that I am accused of anti-Semitism by association due to my role as the Chairperson of the Board of BDS SA. The accusations include a particularly galling and utterly baseless claim that BDS SA has called for the killing of Jews.

These accusations are part of a hundreds-of-million-of-dollars Israeli government-funded operation, orchestrated to narrow the parameters of what is possible and even permissible to think for those who support the Palestinians in their struggle for justice. The logic of this effort is quite simple; controversialize support for the Palestinians in areas – including universities – where ignorance sadly reigns, and make life as difficult as possible for university administrations and the entities that hire out venues for Palestine solidarity events. Administrators generally just want to get on with their lives and seldom welcome controversy.

I don’t for a moment believe that those who proclaim these accusations the most loudly take them seriously. Instead, they recognize their utility as a tool for quashing dissent. Unfortunately, like the infamous Nazi murderer Joseph Goebbels, they do believe that if you tell a lie often enough, people will begin to believe it. I am thus regrettably compelled to yet again set the record straight.

Neither I nor anyone on the staff or board of BDS SA has ever made any statement that could be reasonably interpreted as anti-Semitism. (By “anti-Semitism,” I mean the idea that evil or anything negative is peculiar to the Jewish people as an ethnic or religious group, or that the Jewish people possess any “inherent” group traits devoid of historical and other contexts).

Throughout my life I have consistently opposed all forms of racism. (By “racism,” I mean both prejudice and the way that it is employed by power; the idea that any human character trait or quality – good or bad – can be attributed to a particular race or ethnic group, and the tendency by those in power to exploit them for it.  In fact, I argue that the very idea of particular races is a scientific absurdity and a human invention.)

Racism can take various forms – and to the extent that many Jews (and others) view themselves as a race, anti-Jewishness can also be described as racism. This form of racism has been a particularly deep-rooted and insidious evil for much of Christendom’s history.

While in Muslim societies anti-Jewishness never reached the barbaric levels that it did in Europe, where it culminated in the murder of approximately 6 million Jews, a number of Muslim societies were also guilty of systemic anti-Jewish discrimination and sadly, anti-Jewish racism is not uncommon amongst Muslims today. As a Muslim, I have expressed my remorse and anger at this, have regularly condemned it as an activist and have written about it as an academic. I have also spearheaded a campaign against Muslim anti-Semitism.

When a people – any people – ascribes particular human characteristics or responsibilities as peculiar to themselves because of their “blood” or skin pigmentation, this also form of racism.

Assigning or assuming particular specific social roles or expectations to people based on the idea of blood lines is also racism. Examples of these are: “white people are created to care for black people,” “East Asians are a ‘model-minority,’” “All white people are devils,” “The Irish are dumb,” or “Jews are the chosen people.”

The horrors of the Holocaust, as with other human disasters, were uniquely horrendous, But to elevate one form of racism – in this case anti-Semitism – to a class of its own, with a special place in hell reserved for anti-Semites, is actually another manifestation of white privilege. It is also about Europe projecting its peculiar anxieties on the whole world. Those who are genuinely concerned about anti-Semitism as an extension of their opposition to all forms of racism must guard against elevating this form of racism as a crime worse than others. This is particularly pertinent when in their daily lives in today’s world, Jews do not experience discrimination along the lines that, say, black people do. All forms of racism matter, and each must be evaluated for the effect it has on a people at a particular point in history..

Some Jews are desperately trying to make the current State of Israel synonymous with Jewish identity and to make this notion a rigid form of orthodoxy.. For them, to criticize that State of Israel means to criticize all Jews. They have “synonymized” the two (Jews and the State). Many others, including some orthodox religious Jews and anti- or non-Zionist Jews, particularly younger people, reject this synonymization. This logic of synonymization would be akin to the government of the “Islamic Republic of Iran” saying that anyone who does not buy into their particular form of Islam is a Kafir (Ar. “heretic”) or an Islamophobe who hates Muslims. To buy into this logic (Judaism/Jews = The State of Israel) is to exclude the many Jews who do not agree with the State of Israel (either the idea of a Jewish state or the idea that that State can commit no wrong.)

Political Zionism is one mechanism which many Jews in the world today see as the surest guarantee of the survival of the Jewish people. Some would argue that it is “the only way to survive”. Even if one accepts this premise – any many do not –it is a peculiar European phenomenon to force another people, the Palestinians, to pay a steep price – in lives, dignity and land, for that notion of “survival”. Political Zionists – many of whom have been atheists – are happy to conflate this political project with the Biblical idea of God’s promise to the Jewish people, the concept of the Promised Land.

Communities are, of course, free to believe in notions of God’s promises. However, in a world with a multitude of communities who have their own Gods or understandings of God and their own sacred texts, things are bound to get messy. Currently the only mechanisms that we have to enable some conversation to get out this mess are universal human rights, international law and dialogical ethics. (The fact that both states and non-state players regularly resort to brute force to implement their will regardless of these does not render them invalid or useless – particularly not to those concerned with human freedom and justice.)

BDS is an international campaign to hold Israel accountable for its numerous human rights violations against the Palestinians. It has everything to with the consequences of European anti-Semitism for the Palestinian people but nothing to do with the beliefs undergirding the long and insidious record of European ant-Semitism. Sadly, below the surface, anti-Jewishness is alive and well in Europe. (And I am speaking here of “Old Europe,” not the Europe of recent – mostly Muslim – immigrants.

BDS internationally is rooted in and draws its inspiration from the successful Boycott movement of the South African struggle against Apartheid. This was a movement in which the German churches and many ordinary Germans – as well as people from other countries – played a significant role. Being Anti-Apartheid made you anti-white supremacism in South Africa; it did not make you anti-South Africa, nor did it mean that you were anti-white people.

Singling out Apartheid South Africa for sanctions in the sixties and the seventies did not mean that you had a particular hatred for white South Africans, or that you did not care about other issues of concern to human rights and social justice. It only meant that if you took activism seriously, you had to contend with the reality that you had only 24 hours in a day.

The choice of which manifestations of injustice individuals and groups decide to focus on is really their own to make. Choosing to work on the Burmese oppression of the Rohingya Muslims does not make one a Burmese hater, and does not mean that an individual harbors more resentment toward the Burmese people, toward, Buddhists, or even toward the Burmese government than toward other oppressors. Choosing to focus on issues of gender justice rather than on Black Lives Matter does not make you anti-Black. 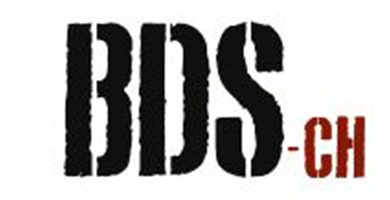